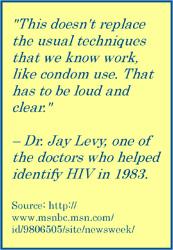 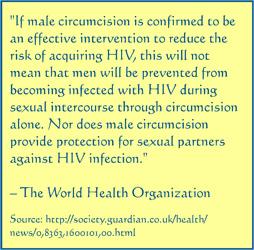 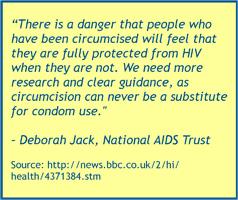 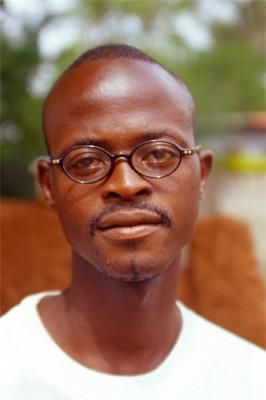 On December 13, 2006, the U.S. National Institutes of Health (NIH) declared that male circumcision significantly reduces the risk of acquiring the HIV virus. Now, some physicians and news media outlets are promoting circumcision as a possible "vaccine" for AIDS. This question and answer page is an attempt to dispel the myths and assumptions surrounding these reports by presenting the facts.

What about children? Should doctors be allowed to circumcise infants and boys if future studies conclusively show that male circumcision helps prevent AIDS over the long term?
If doctors are granted permission to cut off part of a child's functional genital anatomy because it might help prevent a disease later in life, then there is no limit to the number of body parts that they can amputate. They could argue that child mastectomy would wipe out breast cancer, for example, and that partial castration would reduce the incidence of testicular cancer. Circumcision of infants and boys for any reason other than a clear, compelling, and immediate medical need is sexual assault.

​Will doctors ever begin promoting female circumcision as a way to help prevent AIDS?
It's a very real possibility. If physicians are successful in convincing governments to allow boys and infants to be forcefully circumcised as part of the war on AIDS, it may only be a matter of time before other doctors use the Stallings Study to justify circumcising girls for the same reason. 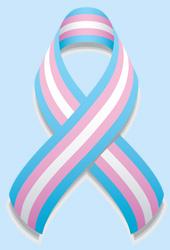