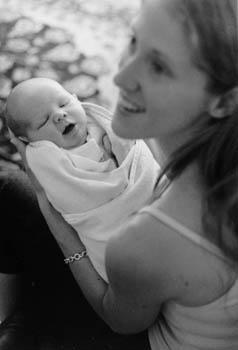 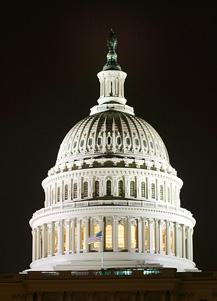 Below is the text of our MGM Bill proposal (also available in PDF) to rewrite the U.S. Female Genital Mutilation Act of 1996 so that boys are also protected from genital mutilation (commonly referred to as circumcision). It is partly modeled after the original FGM Bill that was submitted to the House of Representatives on February 14, 1995, along with its companion bill in the Senate (S. 1030).

In addition to protecting boys from circumcision, the MGM Bill prohibits premature forcible retraction of the foreskin (which can lead to genital infection, scarring, and other problems) and the cutting of ambiguous or hermaphroditic genitalia (so that intersex children are also protected from genital mutilation).

Lastly, the bill borrows from the U.K. Female Genital Mutilation Act of 2003 by (a) making it a crime for persons to assist with or facilitate the practice of genital mutilation on minors or nonconsenting adults, (b) increasing the maximum penalty of offense to 14 years imprisonment, (c) specifying that genital mutilation may only be performed if it is medically necessary to the physical health of a child, and (d) prohibiting persons in the U.S. from taking or sending children or nonconsenting adults on circumcision holidays where arrangements are made to have their genitals mutilated in other countries under the pretext of a holiday or vacation trip.

The MGM Bill proposal has been submitted to every member of Congress eleven times - most recently on January 11, 2014. Our state offices have also submitted state level MGM Bill proposals to all members of various U.S. state legislatures. If you would like to help these proposed bills become law, please visit our Take Action page.

IN THE HOUSE AND SENATE OF THE UNITED STATES

Entitled the "Federal Prohibition of Genital Mutilation Act of 2014"

SECTION 1. SHORT TITLE
This Act may be cited as the "Federal Prohibition of Genital Mutilation Act of 2014".

SECTION 2. TITLE 18 AMENDMENT
(A) IN GENERAL.--Title 18, Part I, Chapter 7, Section 116 of the United States Code is amended by revising the text to read as follows:

"(c) In applying subsection (b), no account shall be taken of the effect on the person on whom the operation is to be performed of any belief on the part of that or any other person that the operation is required as a matter of custom or ritual.

(B) CLERICAL AMENDMENT.--The table of sections at the beginning of Chapter 7 of Title 18, Part I, of the United States Code, is amended by revising Section 116 to read "116. Genital mutilation."

SECTION 3. INFORMATION AND EDUCATION REGARDING GENITAL MUTILATION
(A) IN GENERAL. -- The Secretary of Health and Human Services shall carry out the following activities:

(2) Identify communities in the United States that practice genital mutilation, and design and carry out outreach activities to educate individuals in the communities on the physical and psychological effects of such practice. Such outreach activities shall be designed and implemented in collaboration with representatives of the ethnic groups practicing such mutilation and with representatives of organizations with expertise in preventing such practice.

(B) IN GENERAL. -- The President shall carry out the following activities:

(2) Steps to end the practice of genital mutilation should include--

(a) encouraging nations to establish clear policies against genital mutilation and enforcing existing laws which prohibit it;

(b) assisting nations in creating culturally appropriate outreach programs that include education and counseling about the dangers of genital mutilation to people of all ages; and

(c) ensuring that all appropriate programs in which the United States participates include a component pertaining to genital mutilation, so as to ensure consistency across the spectrum of health and child related programs conducted in any country in which genital mutilation is known to be a problem.

(C) DEFINITIONS. -- For purpose of this Act, the term "genital mutilation" means the removal or cutting (or both) of the whole or part of the clitoris, labia minora, labia majora, vulva, breasts, nipples, foreskin, glans, testicles, penis, ambiguous genitalia, hermaphroditic genitalia, or genital organs. The term "premature forcible retraction of the penile or clitoral prepuce" means forced retraction of the prepuce from the glans, except to the extent that the prepuce has already separated from the glans. The term "prepuce" means foreskin. The term "adult" means a person who has attained the age of 18 years. The term "nonconsenting" means not wishing to undergo genital mutilation.