Below is the text and history of our San Francisco MGM Bill Ballot Initiative (written by Matthew Hess). Additional information is available at http://www.sfmgmbill.org.

The proposed measure would amend the San Francisco Police Code to make it a misdemeanor to circumcise, excise, cut, or mutilate the foreskin, testicles, or penis of another person who is not at least 18 years old.

The proposed measure includes an exception for cases of clear and immediate medical need, if there is no less-destructive alternative. But the measure states there is no exception for persons who believe circumcision is required as a matter of custom or ritual.

Be it ordained by the People of the City and County of San Francisco:

Section 1: The San Francisco Police Code is hereby amended by adding Article 50 to read as follows:

Except as provided in SEC. 5002, it is unlawful to circumcise, excise, cut, or mutilate the whole or any part of the foreskin, testicles, or penis of another person who has not attained the age of 18 years.

SEC. 5002. EXCEPTIONS.
(a) A surgical operation is not a violation of this section if the operation is necessary to the physical health of the person on whom it is performed because of a clear, compelling, and immediate medical need with no less-destructive alternative treatment available, and is performed by a person licensed in the place of its performance as a medical practitioner.

(b) In applying subsection (a), no account shall be taken of the effect on the person on whom the operation is to be performed of any belief on the part of that or any other person that the operation is required as a matter of custom or ritual.

SEC. 5003. PENALTY.
Any person who violates any provisions of this Article shall be deemed guilty of a misdemeanor and upon conviction such person shall be punished by a fine not to exceed $1,000 or by imprisonment in the County Jail for a period not to exceed one year, or by both such fine and imprisonment.

July 28, 2011 - Judge Loretta Giorgi rules that ballot measure must be withdrawn because it is "expressly preempted" by state law.

June 22, 2011 - Jewish Community Relations Council of San Francisco and other petitioners file a lawsuit to remove measure from the November ballot.

November 8, 2010 - Notice of Intent to Circulate an Initiative Petition and City Attorney's Title and Summary are published in The Recorder.

October 13, 2010 - Notice of Intent to Circulate an Initiative Petition is filed with the San Francisco City Attorney's Office. 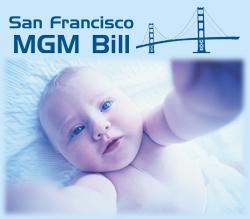 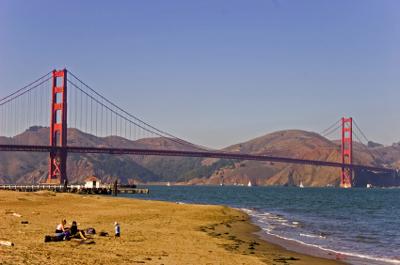